According to the National Institute of Mental Health (NIMH), anxiety is a major depressive disorder characterized by nervousness, worry, and apprehension. People suffering from anxiety disorders have overwhelming feelings of fear that interfere with their day-to-day activities and significantly affect their quality of life.

Around 264 million people worldwide suffer from anxiety-related disorders – as per the World Health Organization (WHO) report published in 2017. Among them, 105 million were males (37%), and 179 million were females (63%).

A 2017 study shows that anxiety disorder is treatable, and some of the common treatment options are pharmacotherapy, psychological therapy, and cognitive behavioral therapy. Anxiety can also be treated with SSRIs, which stand for selective serotonin reuptake inhibitors.

However, these drugs have side effects such as dry mouth, blurred vision, dizziness, indigestion, weight loss or loss of appetite, etc. One recent study, however, found that Kundalini yoga can treat anxiety disorder in the same way.

What is Kundalini Yoga?

Kundalini derives from the word “Kundal,” which means coiled energy. It is a form of yoga that combines deep breathing, physical poses or movements, and sound. The basic principle of Kundalini yoga is to gather energy at the base of your spine and then move it up through the seven chakras, and out of your head’s crown.

Because Kundalini yoga involves different breathing rhythms, it increases oxygenated blood supply to your brain and triggers the neurons to release more serotonin. Keep in mind that increased production of serotonin is directly proportional to decreased anxiety symptoms.

Because some treatments including SSRIs can produce adverse effects, it is best to look for alternative methods. A new research study reports that Kundalini yoga can alleviate the symptoms of anxiety disorders.

After 12 weeks of the study, 54% of participants in the Kundalini yoga group showed significant improvement in their anxiety symptoms, whereas 71% had a mild-to-medium response to CBT treatment. About 33% of individuals responded to lectures on lifestyle changes to cope with anxiety.

After six months, researchers observed even more improvement in the participants. Based on the research findings, the study found that Kundalini yoga is equally beneficial for relieving symptoms of anxiety, and is comparable to other treatments like cognitive behavior therapy.

Additional studies have also assessed the effectiveness of Kundalini yoga for stress and anxiety. One study even found that yoga can significantly lower the cortisol levels in adults, a hormone that is responsible for stress. Another study found that Kundalini yoga decreases the severity of somatic symptoms, such as pain, weakness, or shortness of breath, in people with General Anxiety Disorder.

Although there are different Kundalini yoga poses, like Cobra Pose, Lotus Pose, and Archer’s Pose, each asana works to relieve anxiety symptoms. Most experts recommend Lotus Pose for beginners. Lotus is a simple seated pose for beginners that helps open the hips, strengthen the abdomen and back, and relieve pressure throughout the body. 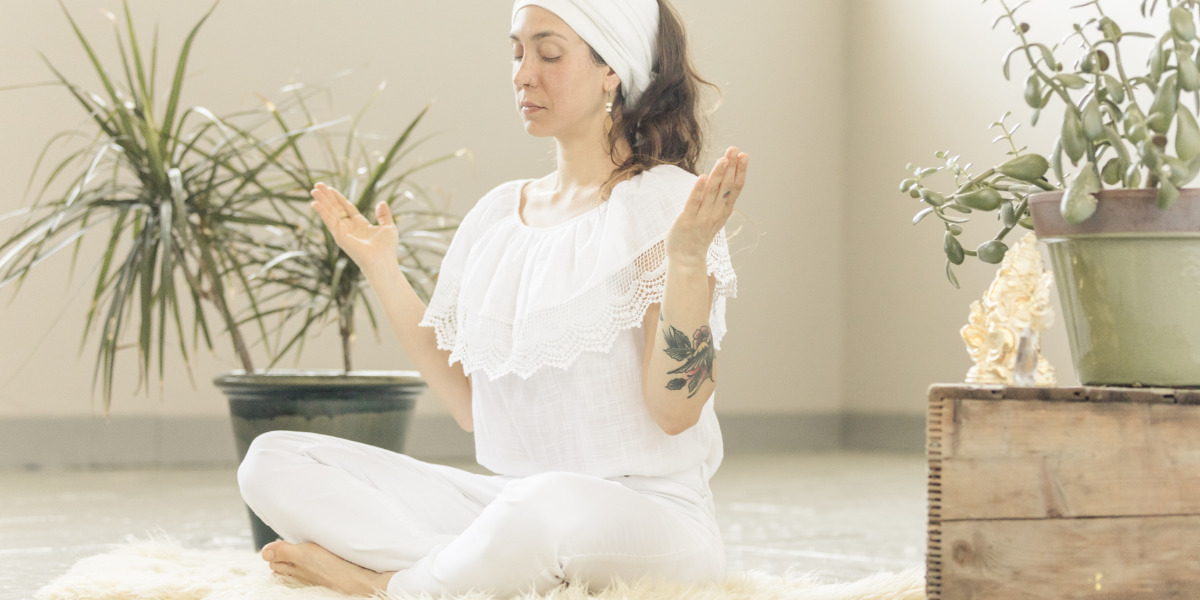 How to Do Lotus Pose

Step 1: Sit on the mat, extend your legs, and maintain a neutral spine.
Step 2: Bring your feet toward the body while bending your knees outward – this is something like sitting in a cross-legged position.
Step 3: Pace your right foot on top of your left thigh, and then your left foot on the right thigh. Stay calm and begin inhalation and exhalation.

Remember, Lotus is a great pose when it comes to stretching your knees, ankles, and opening your hips. It increases attentiveness, improves your awareness, and calms your brain. Not only does Lotus keep your spine straight, but it also helps maintain good posture, and above all, it reduces stress and decreases anxiety-related symptoms.

Kundalini yoga is a holistic health approach that offers a wide range of benefits, and a new study has found that it can successfully alleviate anxiety disorder. Kundalini combines physical poses, deep breathing, and mindfulness meditation, and one of its poses called the lotus pose is recommended for people with no previous yoga experience. 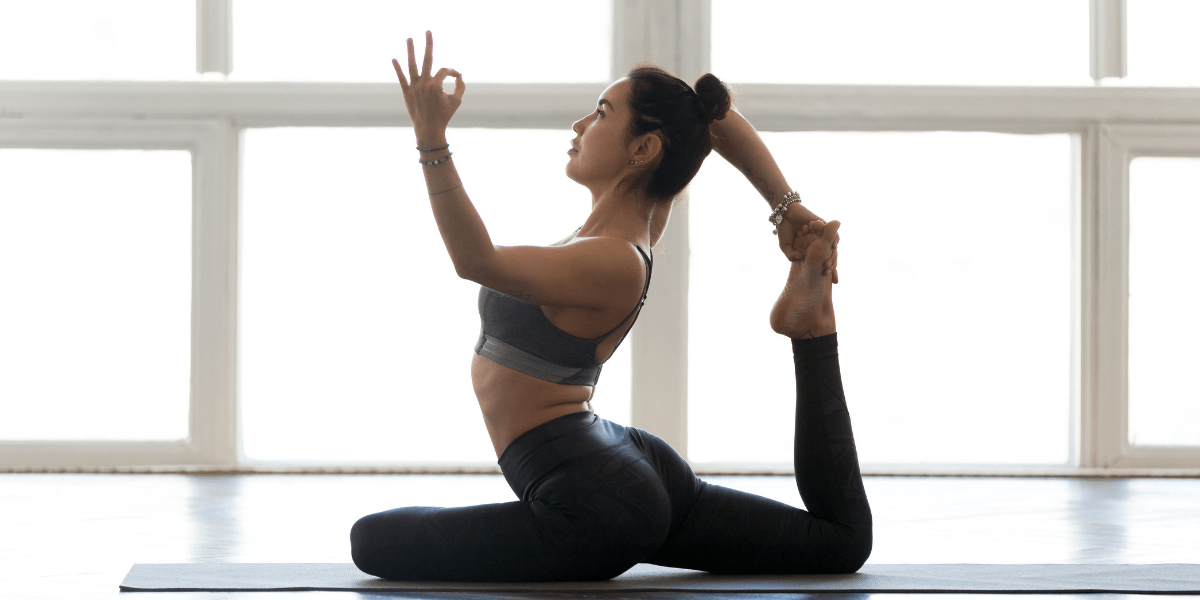 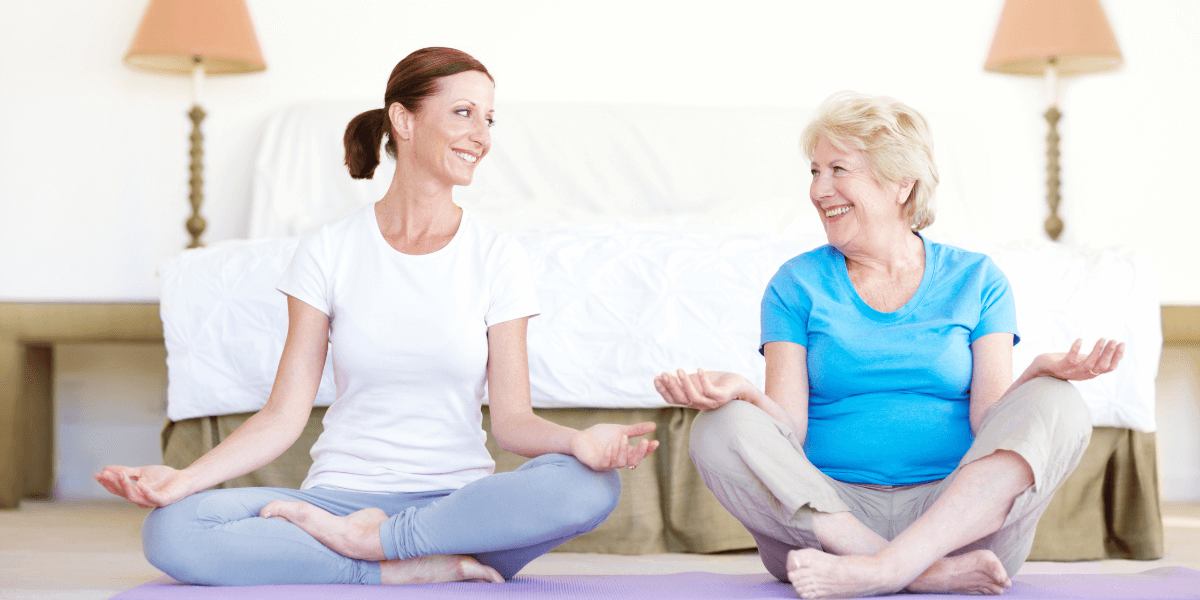 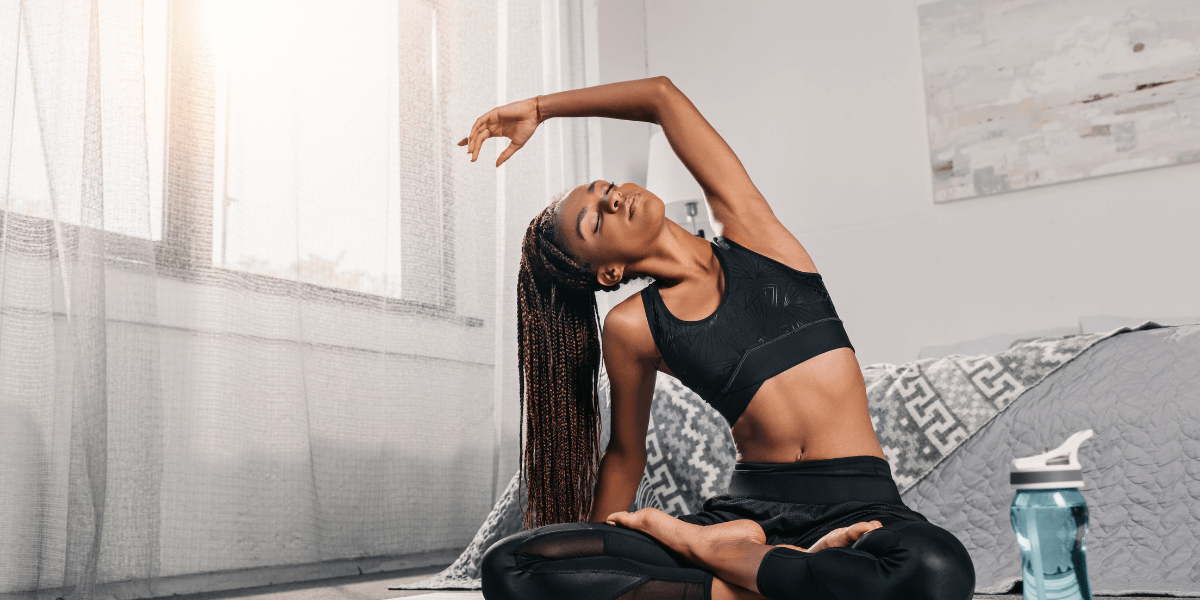 5 Yoga Poses You Can Practice Anywhere

Working for eight or more hours at an office, hurrying home to run some er...READ MORE